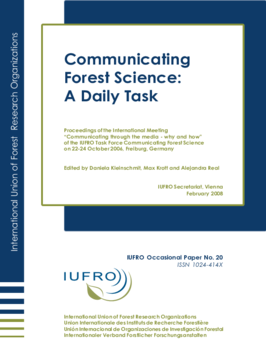 Proceedings of the Internat. Meeting "Communicating through the media - why and how"

<- Back to: Occasional Papers