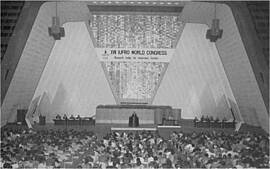 IUFRO-SPDC's 30th ANNIVERSARY IUFRO-SPDC has been operational for 30 years now!


In 1981 at the IUFRO World Congress (Kyoto, Japan) it was decided to establish the Special Programme for Developing Countries (IUFRO-SPDC). Operational since 1983, IUFRO-SPDC over the past 30 years provided support to the forest science community in economically disadvantaged countries in Africa, Asia, Latin America and Eastern Europe.

<- Back to: Capacity Building